(NB. My second post was going to be a nice story about my first visit to the village of Sedgwick, Maine. I’m afraid I need to hold that thought, however. I’m having contractor troubles.) 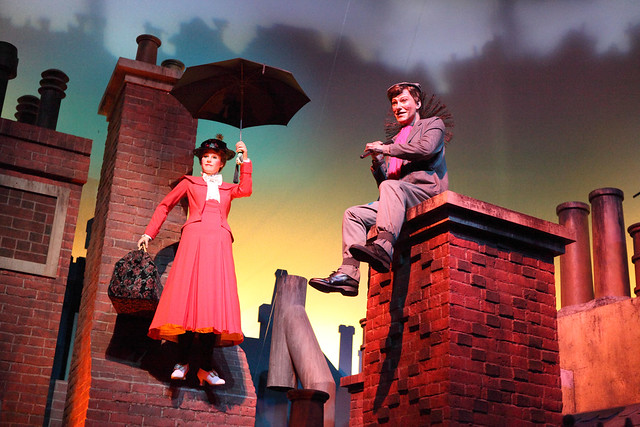 When I was a kid, I loved the film Mary Poppins. What’s not to love about magical servants who float from the sky, dance on rooftops, and can disappear into drawings on the sidewalk? I also loved making fires. One of my fondest memories was of a day I spent at my Aunt Nicky and Uncle Archie’s cabin on the shores of Parrsboro, Nova Scotia. The minute breakfast was over, I snagged a box of Everstrike matches and ran down to the water’s edge, so I could set driftwood ablaze. It was tricky, because of the winds off the Bay of Fundy. I finally used an old oil drum to get things started and managed to get a sizable bonfire going. I was about 11 at the time. No grownups came to yell at me, or even to investigate. A shallow lap of ocean was in, brackish and deceitful, covering the famous tides that trapped people and left them stranded. My grandfather warned me sternly not to walk out too far on the tides. But he would have approved of the fire. He was a pyromaniac, like me.

My feeling about wood fires and chimney sweeps was positively steeped in nostalgia, in short, and one of my top priorities in getting the Anchorage up to speed was having its wood-burning appliances properly inspected and maintained.

The Anchorage and Cabin have no fewer than six fireplaces between them, in addition to a Franklin stove in one of the kitchens. The oldest part of the house, which dates back to 1812, has two tiled fireplaces — just the words, “tiled fireplace” conjure images of Jane Austin and Dickens characters — above which are paintings or old fashioned prescripts. My goal is to drink bourbon in front of sparking flames, indulging my hard-wired primitive instincts with old friends and family members.

Let’s call him Woodstock. I was wary even before he and his hungry dog Pepper arrived. All the assurances of excellent service and love of everything I said seemed suspicious to me, especially after the laconic style of the average Maine contractor. He cleaned four fireplaces, making himself right at home by propping up a broken window with a piece of firewood and damaging a jammed storage door next to the dining room fireplace. I disliked his propriety air, his stories about “bromances” with musicians from the Grateful Dead and Fish, and his statement that my 77-year-old father was “a treasure.”

He was fey and narcissistic, a former hippie who’d done too much weed, and this is not my favorite type of person. However, he occasionally delivered knowledgeable snippets of information about damper installation and fireplace linings, and he worked solidly to get the fireplaces cleaned when he wasn’t holding forth on a variety of subjects. He also had some good ideas about what could be done to make the two unlined chimneys in the main house usable. I figured there would be no harm in getting him to do a few of the jobs he mentioned.

I also saw nothing wrong with putting half down on the entire job and paying $1800 just to remove one of the chimney stacks. I am from a fast-growing city where construction costs a fortune and most people annoy me for one reason or another. Besides, it’s always difficult to predict what a specialized job will be. I just paid over $4000 to have grates installed at the top of my driveway and a big plastic pipe buried around the yard to channel the water away.

Still, Woodstock didn’t inspire trust. He had eyed some of the things in the house in a covetous way, and I couldn’t stop thinking about how he propped the window in a strange house as though he were the homeowner. My friend Sharon, who had come up from Portland to stay at the house with me, agreed to be there as he worked; and when he didn’t show up when he said he would, I told the carpenter, Brian, to keep an eye on him.

My problems with Woodstock began over the demolition of the chimney stack. This tower of brick and masonry was in an absurd spot, serving a small sitting room behind the dining room. From the beginning, Woodstock had intimated that the chimney would be tough going. He’d seen some things. Man, had he seen things. I tried to ignore his alarmism — hard to do when he was texting me several times a day to complain that my chimney was the hardest job he’d ever seen, a $10,000 behemoth that had set off his “spidey senses” and forced him to quit after a couple hours to buy plastic with which to wrap the fragile yet deadly stack.

Ten thousand dollars? Let’s let that sink in for a moment.

Meanwhile, I had called around Boston, arguably the most expensive city on the East Coast, to see if $1800 alone was a reasonable price. One company allowed guardedly that it was — if he patched the roof and hauled away the brick. Woodstock, naturally, advised me that the bricks were valuable and “most homeowners desire them.” He suggested that I “consider a use” for the debris, perhaps a hole on the property? I refused to answer. For that price, he was hauling it away, and that was the end of the story.

The carpenter called me in disgust to say, “He’s trying to save the bricks!”

More phone calls followed. The “big fella” in Woodstock’s crew got in his truck and took a nap the entire time Woodstock was off doing whatever. The crew seemed unfamiliar with chimney work. Woodstock got ahold of the carpenter’s number and began texting him as well.

Brian, a practical man, assured me that he and his brother could take the chimney down in a couple of hours with a sledgehammer. I think it was the following post-bowl text from Woodstock that finally convinced me to let them:

I’m calling in a couple favors and bringing in some serious help. Of course no move without your okay. I am a member of the chimney safety institute, and care very much about this. I perceive a delicate balance here and urge that we avoid ‘contractor wars’ that can start over minutia. I agree with 2, 3rd and 4th opinions. There are 2 better chimney guys in Maine than me. I’d like for them to help. One has agreed.

I waited until 3 pm on the fateful day the chimney was to come down, took a deep breath, and dialed Brian. He was sitting on my roof, finishing the shingle work on the spot where my chimney used to be. “We got there at 7:30, and the thing was down in an hour. I got it loaded in my truck and hauled it away. My grandson found extra shingles in the barn.”

I hung up and immediately called the Maine State Attorney’s Office to file a complaint. Tracy, the helpful clerk who answered the phone, was appalled by my story (in her reserved way) and directed me to the section of consumer law that says contractors cannot ask for more than one third down on a job. Although she could give no legal advice, she told me that, as a homeowner, she wouldn’t let Woodstock near her fireplaces with a ten foot pole.

I then went to the Internet and found a negative Google review. A minute later, I was chatting about Woodstock with a man, let’s call him Larry, who was still bitter about the experience three years later. This guy was determined, I give him that; he called every paper in the state that advertised Woodstock’s company and told them what a fraud he was. Incensed by the combative and disbelieving air of one paper’s editor, he found out that Woodstock said Larry was coming on to him and got mad when Woodstock rebuffed his advances, and that was the reason he was besmirching his name.

Did I mention that Woodstock has the keys to my house?

He still has them. Although he appears to accept that he is fired, has taken away his scaffolding, and sent Brian a string of angry text messages saying that his price is $200 an hour with a four hour minimum, he has refused to surrender the keys. The last I heard from Woodstock, it was to say he could not return the keys tomorrow because “Eileen” has meningitis and “he keeps the sabbath.” He also said he was “sending me an invoice.” I can hardly wait for that. He owes me almost $1,500. I know. I’m an idiot.

Stay tuned to find out the lengths I have to go to get my money back.