I just did what most people would consider an incredibly foolish thing. I took the entire 403b account I was awarded as part of my divorce settlement, refinanced my home in Texas, and used the money to purchase a 27-acre family compound on the Blue Hill Peninsula.

I now own a farmhouse built in 1812, an Adirondack style cabin, a blueberry field, a hillside of mixed forest (spruce, beech, and ash), a boggy pasture, two decrepit spring houses that protect a stash of arsenic-laden water, and a rather nice shingled barn. The raccoon that nests beneath the kitchen floorboards and the ghost of little Otie are not technically mine, but they come with the place as well.

I still can’t believe I did this.

Outside, some day laborers are picking away at the packed clay in my front yard, digging a ditch for the French drain that needs to be installed along the front of the third house I own, the one here in Texas. I felt I could no longer postpone the job after this spring’s heavy rain sent rivers of water down my driveway and into the carport. It’s 100 degrees outside. In the weeks I was off closing on the property in Maine, the sun has done its work. The dirt beneath the two red oaks in my front yard has shrunk back from the rims of the curb and driveway; everything is shrouded by the gloom of heat. Only the men outside are uncomplaining. They sing snatches of songs and joke together, unaffected by the dreadful weather.

In the past two months, I’ve said yes to a number of expensive repairs like this one. I am overseeing no less than nine workmen engaged in four different restoration projects. They are propping foundations, diverting a stream, knocking down a chimney, repairing clapboards and sill damage, roofing the main building, and drilling a well.

I have to admit it was tremendous fun to walk around telling workmen what to do. I wish they would return my phone calls rather than sending ambiguous texts while out lobstering, but that’s another matter.

Meanwhile, I set out to answer a very specific question: How did I come to do this splendid thing? 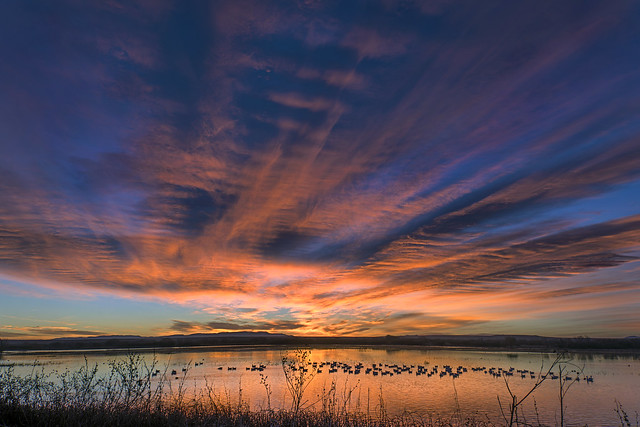 At the end of last winter, I met my ex to have a discussion. I chose the location, a Starbucks in the development closest to my house. Starbucks has the kind of ersatz respectability suitable for meetings of this sort. When I taught early college start classes at a high school 30 miles from Austin, it was the only place in town with wifi; I spent a lot of time writing copy in a comfortable chair beside the utensil stand. There, I witnessed a number of tense meetings between lawyers and clients, estranged spouses, and caffeinated salesmen. One time, a man berated his partner openly on his cell phone while his son tore a cup and a paperboard cosy to shreds at the table next to him.

This particular Starbucks has the flash of a rhinestone tiara; it’s that new. The whole development is new. It used to be the airport. Once they decided how best to profit from the land, the city trucked in giant mounds of topsoil and lay them on the abandoned tarmac. One by one, these earthworks have given way to upscale track housing, featureless retail stores, and second generation fast food restaurants. The whole thing looks like this:

I was nervous, going into the meeting with my ex. He had recently told me he was being considered for a prestigious job in Los Angeles, and I wanted to discuss how we might arrange the visitation schedule if he moved out of state. Despite the fact that we don’t get along, his suggestion was that I move to California. Seated across from me at a tippy cafe table, he tried to convince me that I was being foolish for rejecting this proposal; I’d never liked Austin, so why not move to Los Angeles? And if I wouldn’t move to Los Angeles, surely I would stay in Austin so that he could visit his girlfriend and our daughter at the same time?

He stormed out of the meeting when I pointed out that I had given up enough of my life already to accommodate him and was neither moving to LA nor sticking around in Austin if he moved. Once he left Texas, the geographical restriction on our divorce degree would be null and void, and I was free to go where I pleased.

The whole thing got me thinking.

I had lived for years without asserting myself. In fact, I had lived without having autonomy of any kind. To some extent, I did it to preserve my marriage. But if I’m truly honest with myself, it had been a whole lot easier to kick back, avoid confrontation, and help other people to fulfill their goals.

You know how it is when you have friends you like to go out drinking with? These guys are so much fun. Then one evening you’re getting over the flu, or you’re taking a course of antibiotics, and you can’t drink a thing. You sip at a glass of Pellegrino and watch your companions get louder, uglier, and more stupid by the minute. Why did you ever like these people? What’s wrong with you?

After watching my ex storm out of Starbucks because he could no longer successfully manipulate me, my whole way of looking at the world changed. I was like the only sober person in a crowd of drunkards.

All of a sudden, pursuing my own dreams seemed not only possible — it was unavoidable. And that’s when things started falling into place.

I’d been looking at real estate online for years, a late night hobby I indulged in while eating Blue Bell mint chip ice cream bars (requiescat in pace). I dreamed of moving to Central Portugal or the Limousin province of France, where a ruined quinta or falling down barn could be had for around $50,000. My plan was to purchase now, renovate, rent the property to Europeans on holiday, and move there once I retired. I contacted agencies and joined online communities to discuss zoning laws, construction permits, dog noise, potable water, and the feasibility of living off grid. I even went so far as to journey to Portugal a couple summers ago, where I stood talking real estate with some expats from Holland and Indonesia at the christening party of their Portuguese neighbors.

But how would I get my dog to Portugal each year? What would happen when my parents’ health failed, and I was four thousand miles away?

It wasn’t very practical. But if I bought a place in Maine. . . well, I would be close to my parents, my alma mater, and old family friends. It was a place my daughter could visit during college breaks. I didn’t start with the intention of draining my qualified domestic relations order, mind you. I thought I would save some money to retire on. Then I fell in love with one house in particular, the Parsonage.